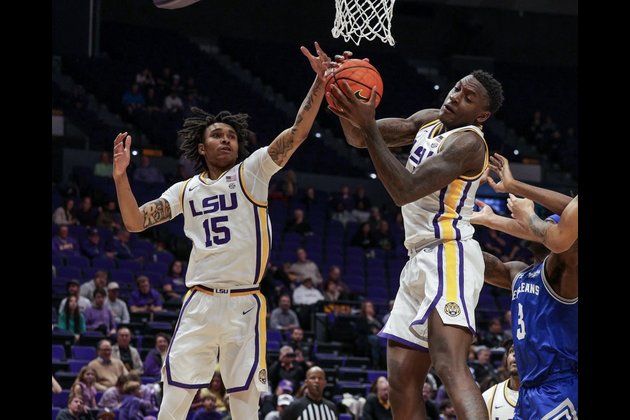 LSU started the season with three consecutive wins at home.

Now the Tigers will see how they do away from Baton Rouge when they face Illinois State on Monday on the first day of the three-day Cayman Islands Classic in George Town, Cayman Islands.

LSU first-year coach Matt McMahon said his team was inconsistent as it began with an 11-point win against Kansas City and a nine-point win against Arkansas State. But McMahon was much more pleased with a break-out performance in a 91-62 victory over New Orleans on Thursday night.

The Tigers rolled to a 22-point halftime lead and led by as many as 34 points in the second half.

"I'm really proud of our players and the progress we've made," McMahon said. "Obviously, the score turned out well for us. But what I was most pleased with, I felt like we were more connected."

McMahon gave playing time to 15 players and the 12 scholarship players who entered the game all scored at least three points.

Illinois State (2-2) also is trying to figure things out under a first-year head coach -- former Ohio State assistant Ryan Pedon. The Redbirds are coming off a split of a home-and-home pair of games against Northwestern State.

They won on the road before losing at home Thursday night, falling behind by as many as 14 points in the first half before fighting back to take a late lead, then losing 70-67.

"We kept chipping away at it," Pedon said. "... We had to play harder and play smarter. I know this is work in progress.

"This isn't going to be as smooth as anybody wants it to be. How we respond to these moments is going to define who we become short term and over the course of a six-month season."