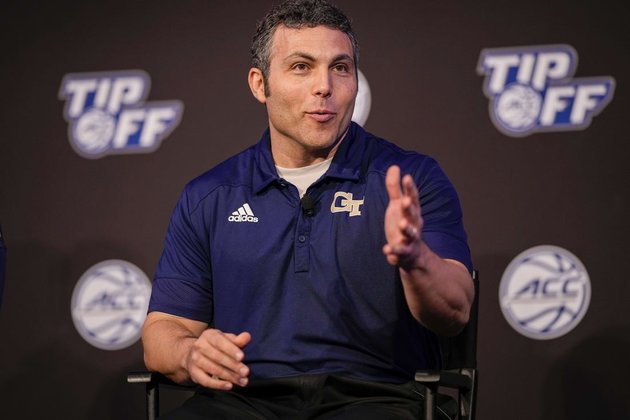 Georgia Tech bids for its first 4-0 start since the 2008-09 season when it squares off against Utah in the opener of the Fort Myers Tip-Off.

Javon Franklin collected 14 points and 11 rebounds and Deivon Smith added 11 and nine, respectively, to go along with six assists and three blocks in the Yellow Jackets' 68-50 win over Northern Illinois on Thursday.

Miles Kelly scored 13 points and Dallan Coleman added 12 for Georgia Tech, which is 3-0 for the first time since the 2015-16 season.

"One awesome thing about our program is we have gotten better as the year has gone on, but we haven't started well," coach Josh Pastner said, per the Atlanta Journal-Constitution. "... To start out 3-0 is a good way."

Georgia Tech's defense could be tested by Utah (3-1), which won its first three games by an average of 27.0 points before dropping a 65-55 decision to Sam House on Thursday.

The Utes were outrebounded 41-31, including 14-5 on the offensive glass.

"They were tougher to the ball," Utah coach Craig Smith said, per the Salt Lake Tribune. "There were various times we had the ball, and they just took it from us. Literally took it from us."

The winner of the Georgia Tech-Utah game will face off on Wednesday against the victor of the clash between Marquette and Mississippi State, which will be held later on Monday. The losing teams will also square off on Wednesday in a consolation game.