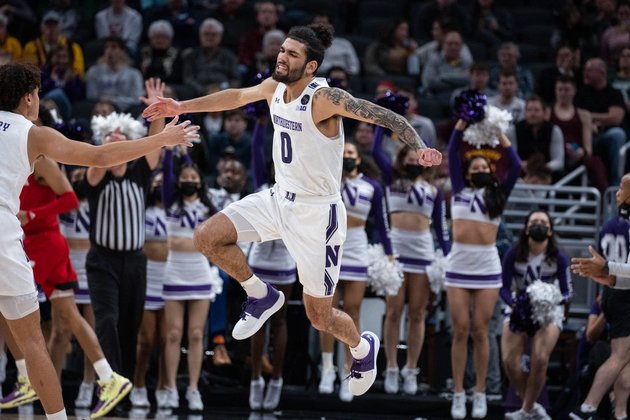 Northwestern (4-0) will put its undefeated record on the line Tuesday night when it faces Liberty (2-2) in the Cancun Challenge in Cancun, Mexico.

The winner between the Wildcats and Flames will play either Auburn or Bradley on Wednesday in the Riviera Division final, while the losers of Tuesday's games will square off in a consolation game Wednesday.

Liberty is looking for its first-ever win over a Big Ten school in program history after going 0-5 in previous matchups.

Darius McGhee leads the Flames in scoring, averaging 20.3 points, and Joseph Venzant is the team's leading rebounder with 6.3 boards per game.

Liberty is coming off of a 76-72 loss at home to Southern Miss on Friday, when the Flames rallied from a 26-point second-half deficit to briefly lead before running out of gas.

"I've done this 32 years now. I'm not sure I've ever been in a game where a team was down 26 in the second half... and came back to take the lead," Liberty coach Ritchie McKay said. "I've said all along our team has a bunch of character, and our team showed it tonight."

Boo Buie totaled a season-high 28 points with seven 3-pointers in the Wildcats' most recent outing, a 60-52 home win over Horizon League favorite Purdue Fort Wayne. During the game, Buie became the 39th player in school history to reach the 1,000-point mark. He averages 17.3 points.

"We won the game with our defense," Northwestern coach Chris Collins said. "That was a team that scored 110 points in their last game. To hold them to 52 points and 8-for-35 shooting for 3, that's definitely our identity and calling card."