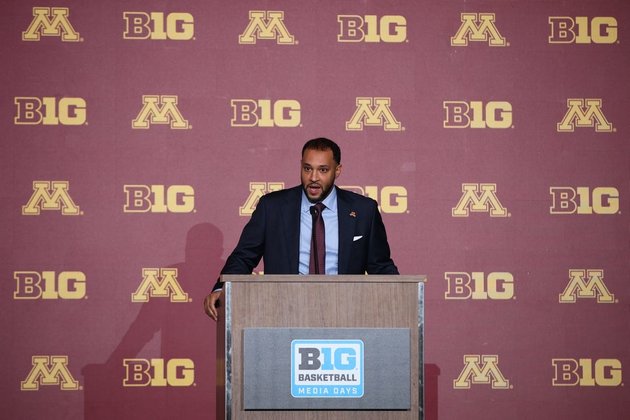 The Golden Gophers (4-1) advanced to Wednesday night's finals against either Southern Illinois or UNLV, who played later on Monday. The Lancers (3-2) will play the loser of that game for third place.

Garcia, who played just 25 minutes after finding early foul trouble, got the ball in the midpost on the right side, dribbled into the lane and hit a soft shot over two defenders. Cal Baptist had a chance to win, but a 3-pointer by Taran Armstrong bounced off the rim just before time expired.

Freshman Pharrel Payne scored 15 points and grabbed a game-high 13 rebounds for Minnesota, dunking with 1:02 left in overtime to pull it within 61-60. Jamison Battle added 11 points in his first game after missing the first four games with a foot injury, and Garcia tallied 10.

Cal Baptist forced overtime when Armstrong drained a 3-pointer with 1:09 left in regulation, capping his 22-point second half. Armstrong scored a game-high 24 points for the Lancers.

The Lancers didn't score until the 11:16 mark of the half on Hunter Goodrick's layup, but quickly pulled within 17-11 when Joe Quintana stuck a 3-pointer with 7:58 remaining. They also got the Gophers' top players, Garcia and Battle, into foul trouble.

Minnesota coach Ben Johnson spent most of the half's remainder managing pace to minimize the fouls' effect, and he succeeded. In fact, the Gophers were able to take a 26-18 advantage to the break when Ta'lon Cooper poured in a high-arcing 3-pointer in the final minute.

Cal Baptist made just 7 of 26 shots in the half, including a miserable 4 of 17 from inside the arc.